Robert L. Campbell is a Professor Emeritus of Psychology at Clemson University. For thirteen years, he was the co-editor of New Ideas in Psychology. He has published articles and chapters on Jean Piaget’s genetic epistemology and is the English translator of Piaget’s Studies in Reflecting Abstraction. He has been affiliated with The Journal of Ayn Rand Studies since its founding and has written extensively on Rand’s epistemology and on the relationship between Objectivism and psychology. His latest publications are a retrospective on the staged debate between Jean Piaget and Noam Chomsky (which took place in 1975) and a chapter on dialectical psychology for The Dialectics of Liberty: Exploring the Context of Human Freedom (Lexington Books, 2019). 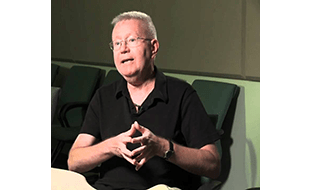 Stephen Cox is Distinguished Professor of Literature and Director of the Humanities Program at the University of California, San Diego. Since 1987 he has served as Editor and since 2005 as Editor in Chief of Liberty magazine. He is a founding editor of JARS. His work has engaged several fields: cultural history (The Titanic Story, 1999; The Big House: Image and Reality of the American Prison, 2009); economics and literature (Literature and the Economics of Liberty, coedited with Paul Cantor, 2009); religious texts and history (The New Testament and Literature: A Guide to Literary Patterns, 2006; Changing and Remaining: A History of All Saints’ Church San Diego, 2011; American Christianity: The Continuing Revolution, 2014); and the history of radical individualism (The Stranger Within Thee: Concepts of the Self in Late-Eighteenth-Century Literature, 1980; Love and Logic: The Evolution of Blake’s Thought, 1992; and The Woman and the Dynamo: Isabel Paterson and the Idea of America, 2004). His other work on Paterson, Rand’s influential mentor, includes the jubilee edition of Paterson’s The God of the Machine, 1993; and a recent, extensively annotated edition of her shorter writings, Culture and Liberty, 2015. He has repeatedly been recognized for excellence in teaching by the students and faculty of UC San Diego.

Roderick T. Long, Professor, Department of Philosophy, 6080 Haley Center, Auburn University, Auburn, Alabama 36849, is the author of Reason and Value: Aristotle versus Rand (The Objectivist Center, 2000) and Wittgenstein, Austrian Economics, and the Logic of Action: Praxeological Investigations (Routledge, forthcoming), as well as coeditor (with Tibor R. Machan) of Anarchism/Minarchism: Is a Government Part of a Free Country? (Ashgate, 2008) and (with David M. Hart, Gary Chartier, and Ross Miller Kenyon) of Social Class and State Power: Exploring an Alternative Radical Tradition (Palgrave Macmillan, 2018). He has also taught at the University of North Carolina at Chapel Hill and the University of Michigan. His chief research interests include ethics, political philosophy, Greek philosophy, philosophy of action, and philosophy of social science. He blogs on philosophy, politics, and science fiction at Austro-Athenian Empire (aeblog.com). 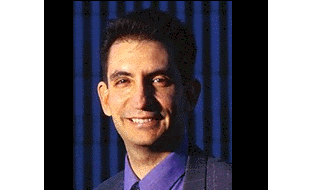 Chris Matthew Sciabarra is the author of the “Dialectics and Liberty Trilogy,” which includes Marx, Hayek, and Utopia (State University of New York Press, 1995), Ayn Rand: The Russian Radical (Pennsylvania State University Press, 1995; expanded second edition, 2013), and Total Freedom: Toward a Dialectical Libertarianism (Pennsylvania State University Press, 2000). He is the co-editor, with Roger E. Bissell and Edward W. Younkins of The Dialectics of Liberty: Exploring the Context of Human Freedom (Lexington Books, 2019). He is also coeditor, with Mimi Reisel Gladstein, of Feminist Interpretations of Ayn Rand (Pennsylvania State University Press, 1999), and a founding coeditor of The Journal of Ayn Rand Studies (1999–present). He has written over a dozen encyclopedia entries dealing with Objectivism and libertarianism, given over fifty interviews published in such periodicals as The Chronicle of Higher Education, The Boston Globe, Philadelphia Inquirer, The Village Voice, and The Economist, and published over one hundred fifty essays, which have appeared in publications as diverse as Critical Review, Reason Papers, Liberty, Reason, The New York Daily News, Film Score Monthly, Jazz Times, Just Jazz Guitar, and Billboard. He blogs at Notablog and is a native and life-long resident of his beloved Brooklyn, New York.

Ph.D. with distinction, Political theory, philosophy, and method, New York University, Dissertation: Toward a Radical Critique of Utopianism: Dialectics and Dualism in the Works of Friedrich Hayek, Murray Rothbard, and Karl Marx (defended with distinction).

In Memoriam – original Editorial Board member